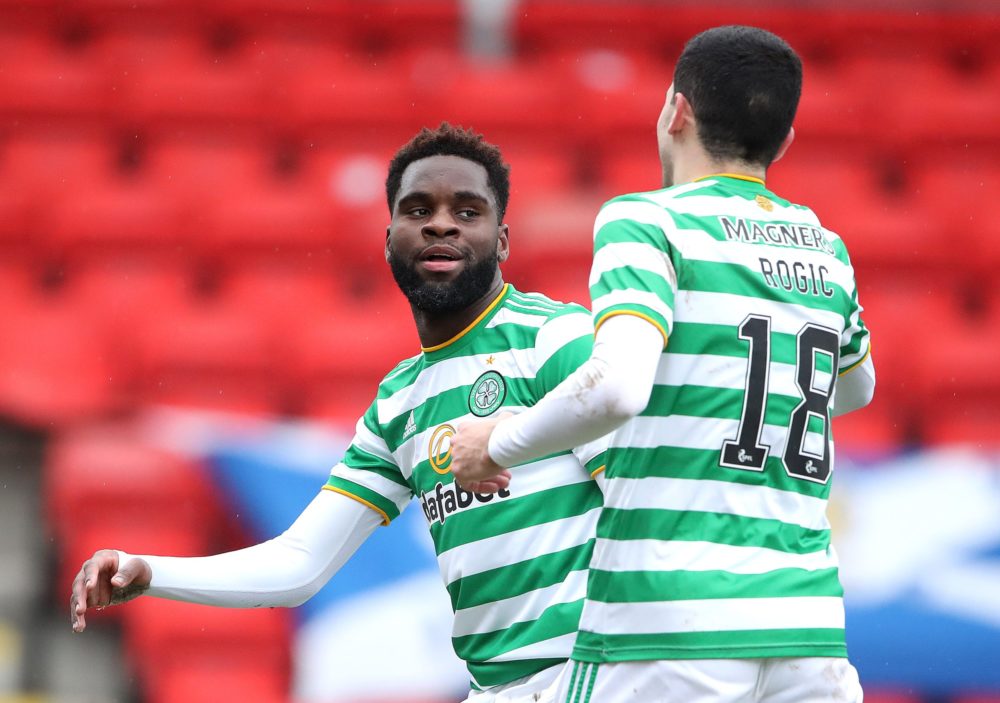 Arsenal are reportedly in talks with Celtic over the signing of forward Odsonne Edouard to replace Alexandre Lacazette this summer.

With Arsenal set to let Alexandre Lacazette go and both Roma and Barcelona said to be interested in the striker, Arsenal are on the hunt to replace him.

Odsonne Edouard is a player who has been linked with Arsenal for quite some time now and it seems as if this could be the summer the club are going to move.

The report, which was in sport.fr but relaying some information from the Daily Mail, say, “As revealed this week, Arsenal executives reportedly have no plans to extend Alexandre Lacazette’s contract, which ends in June 2022. And to avoid seeing him leave for free next year, the Gunners are keen to sell the former Lyonnais from this summer.

“Then there is the question of replacing Lacazette in the event of the striker leaving at the end of the season. But according to information from the Daily Mail, the [team] currently 10th in the Premier League already has a little idea behind its head.

“Indeed, the London club would make the former Parisian Odsonne Edouard its priority. The Gunners are said to be already in contact with Celtic Glasgow, who are demanding at least 25 million euros to let the 23-year-old French go.

“He has scored 21 goals in 34 appearances in all competitions this season at Celtic Park.”

Just recently it was claimed that Leicester were actually close to a £15m deal to bring the player to the Premier League.

Arsenal have already apparently offered £22.5m although it was later denied that there had been any contact between the two clubs.