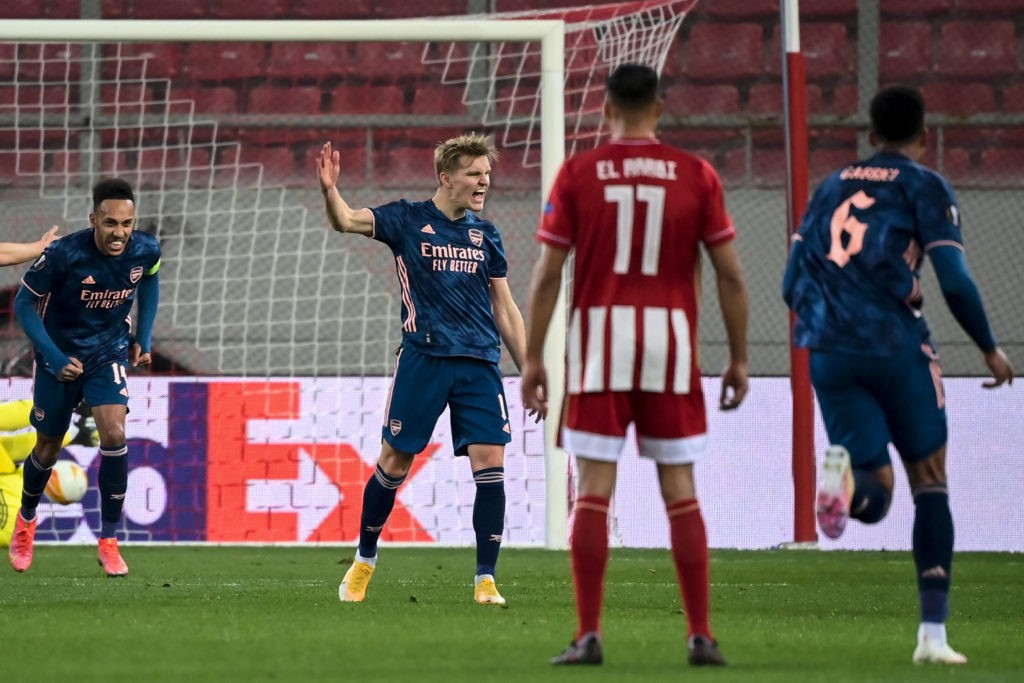 Arsenal are keen to bring Martin Odegaard back for next season, whether that’s on loan or a permanent deal, according to reports.

The Daily Mail claim Arsenal are keen for Martin Odegaard to remain with Arsenal next season, regardless of the nature of the deal to bring him back. Mikel Arteta is impressed with the player’s performances so far.

The Mail add that a potential deal will largely depend on finances available to Arsenal, which will, in turn, depend on whether they qualify for Europe. But right now it’s something Arteta wants the club to pursue.

The Mirror report that there’s “a will on both sides” to turn the Odegaard loan signing into a permanent deal. The use of “both sides” presumably means that both Arsenal and Odegaard are keen because there’s no suggestion Real Madrid want to sell.

Once again, the Mirror add that Arsenal would need to qualify for Europe to have their best bet at signing the 22-year-old.

Odegaard has hinted that he’d like a return to Arsenal, admitting he’s happy with the club and wants some ‘stability’ with whatever’s next in his footballing career. But if Real offered him that same stability from now on, it would make things more difficult.

There won’t be any decisions made before the end of the season. For the time being, Odegaard just needs to focus on building on his two goals in the last week of football.