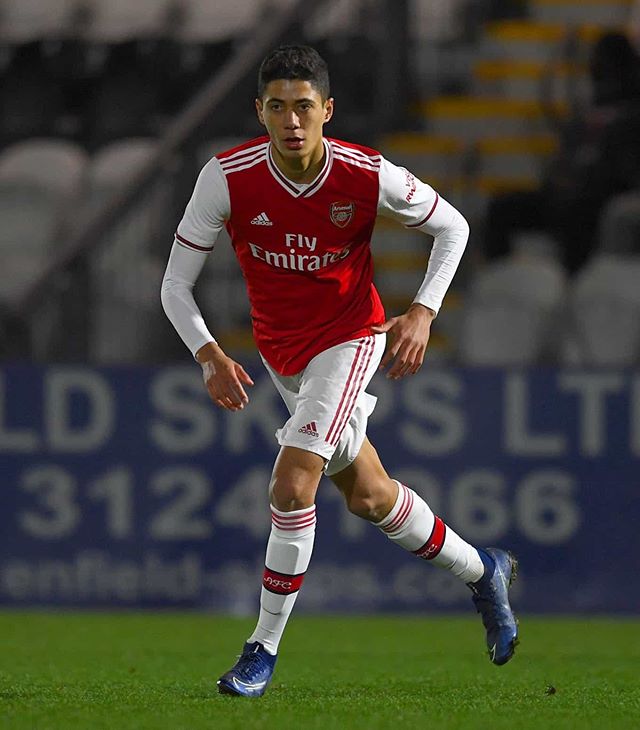 Luke Plange with the Arsenal academy (Photo via Plange on Instagram)

Luke Plange is close to completing a permanent move to Derby County, after spending time out on trial from Arsenal recently.

Arsenal Youth report that Luke Plange is close to signing for Derby County. He’s been told he won’t be offered professional terms by Arsenal, so he’s been on the hunt for a new club over the last couple of months.

Plange started and played the full 90 minutes on trial for Queens Park Rangers in February, but it looks like he’s set to join Derby County instead.

The two clubs are both in the Championship, but Derby have the advantage of an u23 side in the Premier League 2’s top division. They’re actually higher in the table than Arsenal right now.

Plange isn’t quite in the u23s just yet though, having solely featured for Arsenal’s u18 side. He scored seven goals in just under 1,000 league minutes for the side – one every 142 minutes.

He never fully established himself as an u18 starter, and at this point, he really needed to be closer to the u23s to earn a professional deal. A chance to make that step up at a new club makes the most sense for all parties.