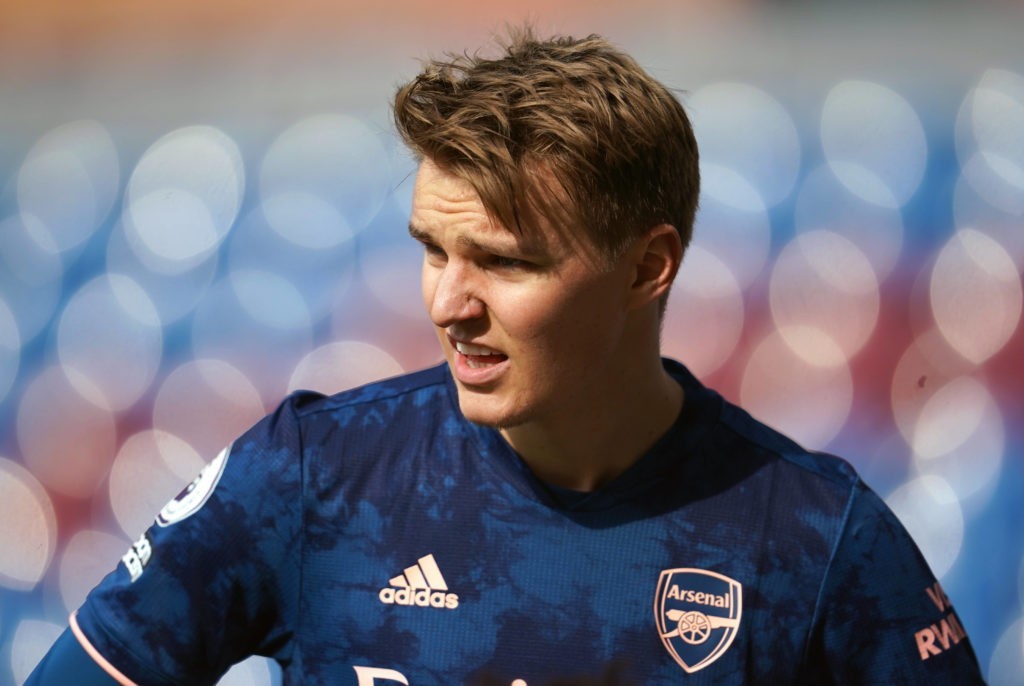 Martin Odegaard says he wants to find some stability in his footballing career, and he’s enjoying himself at Arsenal so far.

Martin Odegaard scored the first goal of his loan spell with Arsenal in the Europa League Round-of-16 first leg against Olympiacos last week, which should help him start to feel a little more settled with his new club.

At the same time, it’s only going to increase the speculation among Arsenal fans around what happens next with the 22-year-old. The Gunners don’t have an option to buy, so it’s largely going to depend on what Odegaard and Real Madrid want to do.

One positive sign is that Odegaard told Norweigan media this week that he’s enjoying his time with Arsenal and he’s looking for a bit more stability after his four loans with Real so far.

“I said many times that I’ve been looking for stability (with a club), but haven’t found it,” Odegaard said. “I think it’ll be important to find stability. I’m very happy at Arsenal, enjoying myself. I like it here. Now my focus is to finish the season, then we’ll see.”

Reports suggest Odegaard wants to hold a face-to-face meeting with Zinedine Zidane at the end of the season. He’s not ruling anything out at this stage, and won’t make a final call until he knows the French manager’s plans for him.

Real aren’t considering selling the 22-year-old as things stand. Another loan is reportedly the best the Gunners can hope for.

But you never know what might happen if Arsenal could really convince Odegaard that it’s worth his while to stay. If Mikel Arteta makes a strong impression and Zidane doesn’t, the player could push to leave and that might really help.