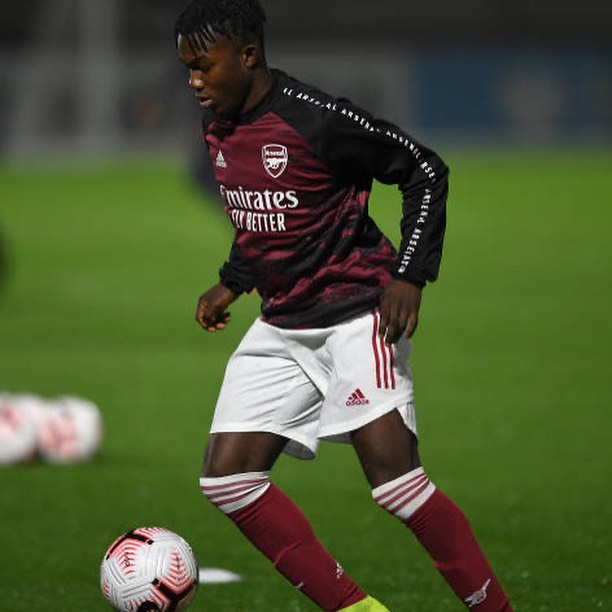 Arsenal summer signing Joel Ideho scored his first goal for the club in the u18s’ defeat to Norwich City.

Signing for Arsenal from Ajax at the end of the summer transfer window, 17-year-old Joel Ideho has had to wait for his chances on the pitch. It took three weeks after his signing date to even join up with the club for training.

Ideho provided an assist after coming off the bench for his u23 debut in November, but he’s only played 13 minutes at that level since. The majority of his appearances have come for the u18s instead, but even then, he only made his fifth start on Saturday.

Arsenal were having a terrible time in their match against Norwich City, after two early goals and a penalty left them 3-0 down at half-time. A fourth goal in the second half killed the game, but Ideho managed to pull one back with 10 minutes to go.

After seeing his initial shot blocked, Ideho sold three Norwich players a dummy before firing into the net on his right foot.

The result was still a heavy defeat and a fourth u18 Premier League game without a win. But it’s good to see Ideho getting off the mark, and hopefully, there will be more goals and assists to come as the team try to turn things around.