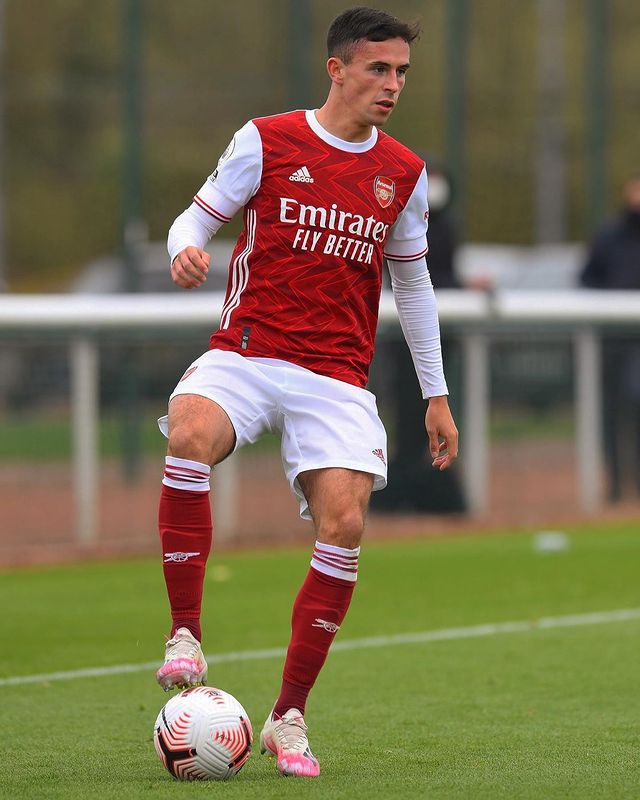 Arsenal youth midfielder Jordan McEneff has extended his contract with the club, despite his current absence from the team through injury.

Jordan McEneff officially confirmed on his social media pages that he was “delighted” to extend his contract at Arsenal. Given his current injury absence, he added that he’s “working hard to get back fit and kick on”.

McEneff started the season as a regular in the Arsenal u23s, appearing in every game until the end of October. He made five starts and four substitute appearances in the first two months of the campaign.

Unfortunately, he picked up an injury five minutes into a start against Liverpool on October 30th, which has left him on the sidelines until now.

Despite the Europa League squad list putting him down as a forward, McEneff generally plays in midfield. He did play a slightly more advanced role against Crawley Town in the EFL Trophy this season and even scored a goal, but central midfield is his norm.

If the Republic of Ireland youth international can recover to end the campaign strongly, a loan for some senior experience might be his best option next season.